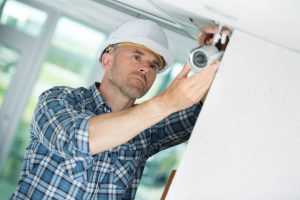 There are a lot of ideas people have about surveillance systems, and it might not come as a surprise to find out that not all of them are entirely true. In fact, security camera installation Colorado experts will tell you that there are a number of myths and misconceptions that are very far from the truth, and that they have to point out to clients interested in buying a new surveillance system for their homes or businesses.

One of these myths states that surveillance systems always cause problems when it comes to preserving one’s private life. People generally think that a security system involves cameras placed in areas such as bathrooms and bedrooms, and that they can never trust hotels, businesses or workplaces that make use of these systems.

Other beliefs state that surveillance and security systems can easily be avoided by skilled shoplifters or burglars. This also isn’t true, and in many cases thieves can’t even spot the presence of a surveillance camera.

Surveillance systems and alarms often help to catch burglars and intruders and even to spot problems such as a person collapsing in an area where normally no one can see them. In many cases, the footage of a surveillance camera can also help sort out legal issues and even save lives in some cases – putting many of the myths and misconceptions that people have about them to rest.