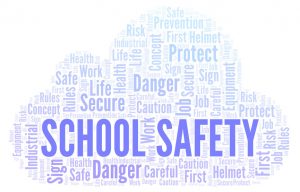 The schools that install surveillance systems on their floors and in their rooms will benefit from the double advantage of making the premises safer and of making the kids as well as their parents feel safer as well. While the presence of security officers is also known to increase safety as well as peace of mind, human guards who patrol the building without help from cameras are much less efficient – here is how monitoring surveillance cameras in schools can take school security to a new level: