Security systems, especially the ones that include multiple subsystems, such as access control and fire alarms as well as emergency systems hold great benefits for schools. While ensuring security with security officers and locked doors can be efficient, the deployment of advanced school security camera systems, though more costly in the beginning, are much more efficient and they give the teachers, the children and the children’s parents the peace of mind that they need. Here is how: 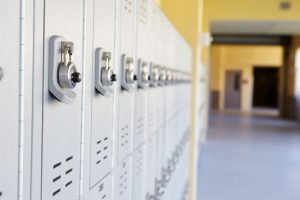